Sex Education with Jesus and the Nuns

A classic reason for women winding up with vaginismus, is a lack of proper sex education.  I have written a little bit about this in previous posts but thought I would spend some time reminiscing about the laughably poor excuse for sex education that I experienced.

I attended a Catholic school and was brought up in a very religious family.  We went to church every Sunday, and I prayed every night before bed. For my First Holy Communion, I received gifts of rosary beads and religious pictures to hang in my bedroom.  I was pretty gutted when I went into school on the Monday after that special day, to find that most of my friends had been given Nike Air Max trainers and Take That albums. 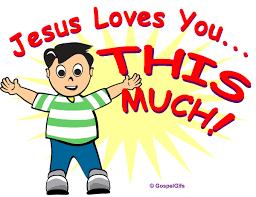 The first I ever heard of sex was from a really cool girl in my class at primary school. I was probably about 8.  She told me the basic facts and then strutted off before I could ask any questions, no doubt to break the bad news to some other poor soul that they would one day have to participate in this disgusting behaviour.  My best friends and I were obviously fascinated by it all, and used to sneak 'Growing Up'  books out of the library when our mums weren't watching. We would hide in our rooms and look at the pictures of pubic hair and breasts, with a mix of fascination, disgust and hilarity.  The fact that we had to hide this new interest from our parents tells you all you need to know about how little sex was discussed in our families. In short, it wasn't.

At secondary school, it happened.  The rumours were rife.  Sex education was coming.  OH. MY. GOD.

We received our sex education at age 14, as part of religious education classes.  Actuals.  I remember it vividly, and it was hideous.

Picture the scene.  A video with a very 80s looking man with a big beard, in a green cuddly wool jumper, sits in an armchair.  He explains to us that when we grow up we can have sex, but only if we're married and in love.  He then tells us that we need to be like Jesus.  Jesus was a real man, and a loving man.
Clearly he would only have had sex if he were in a loving, committed relationship, and not preoccupied with being the son of God, and getting crucified and all that.

So that was useful.

Then, a few weeks later, the nuns came.  They came with a slideshow.  The slideshow was a selection of images of 'front bottoms' with a range of horrifying sexually transmitted diseases.  Weeping sores and crusty bits. The lot.  THIS IS WHAT WILL HAPPEN IF YOU HAVE SEX, BOYS AND GIRLS.  The biggest insult of this class was that it happened right before lunch.

But we didn't ACTUALLY know how to have sex.  They didn't tell us the mechanics of it.  Presumably when you're in love, and married, you just know what to do and it all just falls in to place.

Obviously, most of my friends hooked up with others from school, and they just tried it out and experimented until it worked. Unfortunately, my first boyfriend was as devoutly, terrifyingly Catholic as I was, and we didn't do any experimenting beyond some innocent snogging and rolling around my bed with our clothes on, under the watchful eye of Christ our Lord who hung above my bed wearing his 'judgey face'.

By the time I was ready to experiment, I had missed that crucially important time when it was OK to fail. When it was OK not to know what I was doing. When it was OK not to really know where my vagina was.  Instead, I was drowning in a world of sexual maturity and knowledge, and felt too embarrassed to admit that I had no idea what I was supposed to do.  So I put a brave face on, and made men feel bad for expecting that I would have sex with them, instead of just telling the truth.

Now, I am thirty, and finally going through sex education properly. I am educating myself, and my husband and I are experimenting, like a couple of teenagers.  Which is fun.  But ultimately wrong.

I no longer have any affiliation with the Catholic Church. I gave that all up the minute I moved to university, age 18, and started meeting people with different ideas about the world.  But it hurts me that I'm still suffering because of teachings that I no longer even believe in. I am not sure what Catholic schools teach young people nowadays about sex. I hope (and maybe even pray) that they have progressed and developed since my school days, and girls are having the opportunity to learn in a way that sets them up to understand their own bodies. I hope that they are being encouraged to have a positive attitude towards sex and ideally hope that they do not turn out like me.  Unfortunately, though, I think this might not quite be the case.