I had an interesting therapy session a few days ago, which started with my therapist telling me that I had really made her think about something.  This is unusual, as it's normally her asking me to think about stuff that I don't really want to confront, and then talking at length about what is going on in my brain.  Not the other way round! 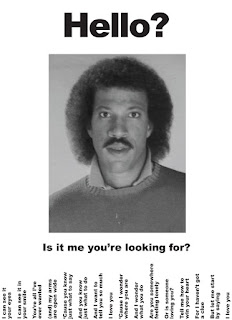 Anyway... I had mentioned to her that I would really, really like to meet another woman with vaginismus.  To have the opportunity to sit down and have a real life, face to face conversation with a woman who is going through the same, bizarre shit that I am, would really make things a bit simpler. It's a well known fact that a problem shared is a problem halved.  But this particular problem is a bit... well... niche.  I am not convinced that sharing it with one of sexually active friends, who think I lost my virginity a million years ago, is really going to give me what I'm looking for.  They'd be supportive, sure.  But they would ask question after question, and probably still come away from the conversation totally baffled.  The problem needs to be shared with someone who also has the problem. Or used to have the problem and has now beat it.  Whatever.  But that is what I am looking for. Someone who knows how the shame and embarrassment feels.  Someone who has gone through the highs and lows of dilators.  Someone who understands the sadness of not being able to have sex with your partner.  And also someone who can knowingly laugh  with me about it.  Because sometimes it's funny.  That part is super important too.

So my therapist had been thinking this over, and has now started canvassing all the many women she treats who have vaginismus.  Apparently there are loads of them. Plenty of fish in the sea, and all that. Sadly she wont give me their phone numbers.

She has been asking if they would be interested in group therapy.  She said, as far as she is aware, group therapy has never been used as a method to treat vaginismus.  It's all 1-1, or couples therapy.  But there's never an opportunity for women with the same condition to meet up, hang out and support each other.  She believes this is because of the shame and embarrassment that we all know so well (as well as other important ethical considerations, such as women going through the treatment programme at different rates).  But ultimately, she is interested, and looking into the possibility of trying this out.  I asked her what the response had been and she told me that nobody had said no.

I am desperately keen to talk to someone else with vaginismus.  Not via an internet forum, twitter or a email. But in person.  Two women together, sitting having a coffee or a cocktail, not even necessarily spending the entire time talking about vaginismus.  But just being safe in the knowledge that this person ACTUALLY KNOWS HOW IT FEELS.  They're going through it too, and they get it, and it's rubbish but they're here and it's going to be fine...

Doesn't seem too much to ask, does it?  If I had any other condition, there would be a group for me.  But not with this one.  Let's change that please!

ARE YOU WITH ME? Follow me on twitter @heyvaginismus or email me heyvaginismus@gmail.com
Posted by Hey Vaginismus at 15:49